Lordan & Co, based in Israel, decided in 2003 that the UK market needed a greater presence to serve the UK customers with shorter lead times and to give a better local presence. They obtained grant funding to help set up the new company Lordan UK and in June 2004 the first coil came off the new production line. That first coil can be seen in a display cabinet located in the reception area. 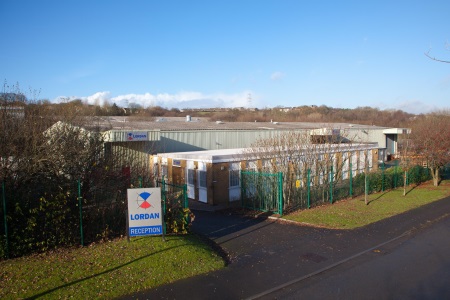 Rhodri Morgan AM, First Minister of Wales, officially opened the new company on 12th November 2004. The ceremonial slate plaque is proudly displayed in the reception area. 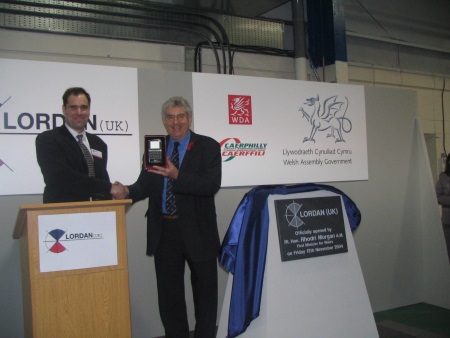 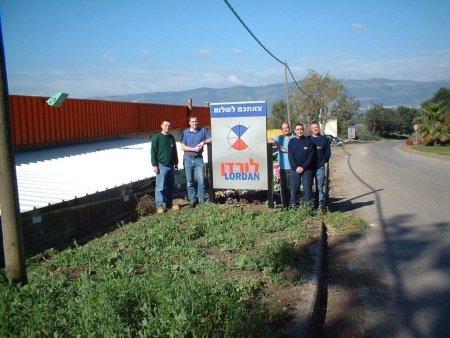 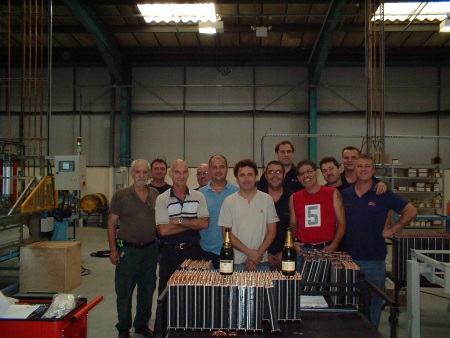 June 2004, 1st batch of coils come off the production line. Champagne bottles are not standard with every batch.

Customers and sales steadily grew through the years and in 2012 a new grant for further development was awarded by the Welsh Government. 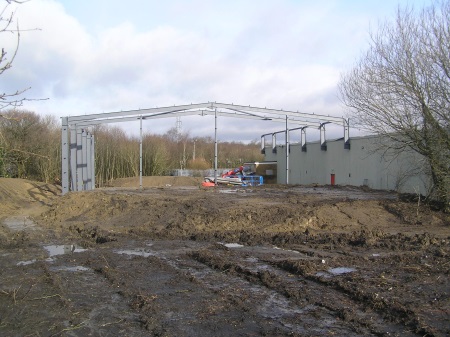 In 2012 the new investment project began which included expanding the shop floor by 50%, adding the highly successful Lordan Triple 7, 7mm coil manufacturing capability and purchasing other production equipment. Work on the extension, seen in the photo above, began in Nov 2012 and is more or less completed below mid 2013.

A new fin press is unloaded from the container below, ready to take the new 7mm tooling. 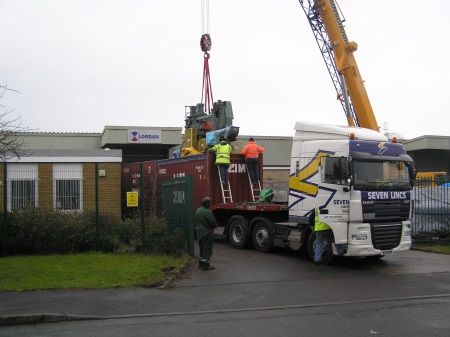